Horticulture program of Lynden Christian get boosted by CHS Northwest 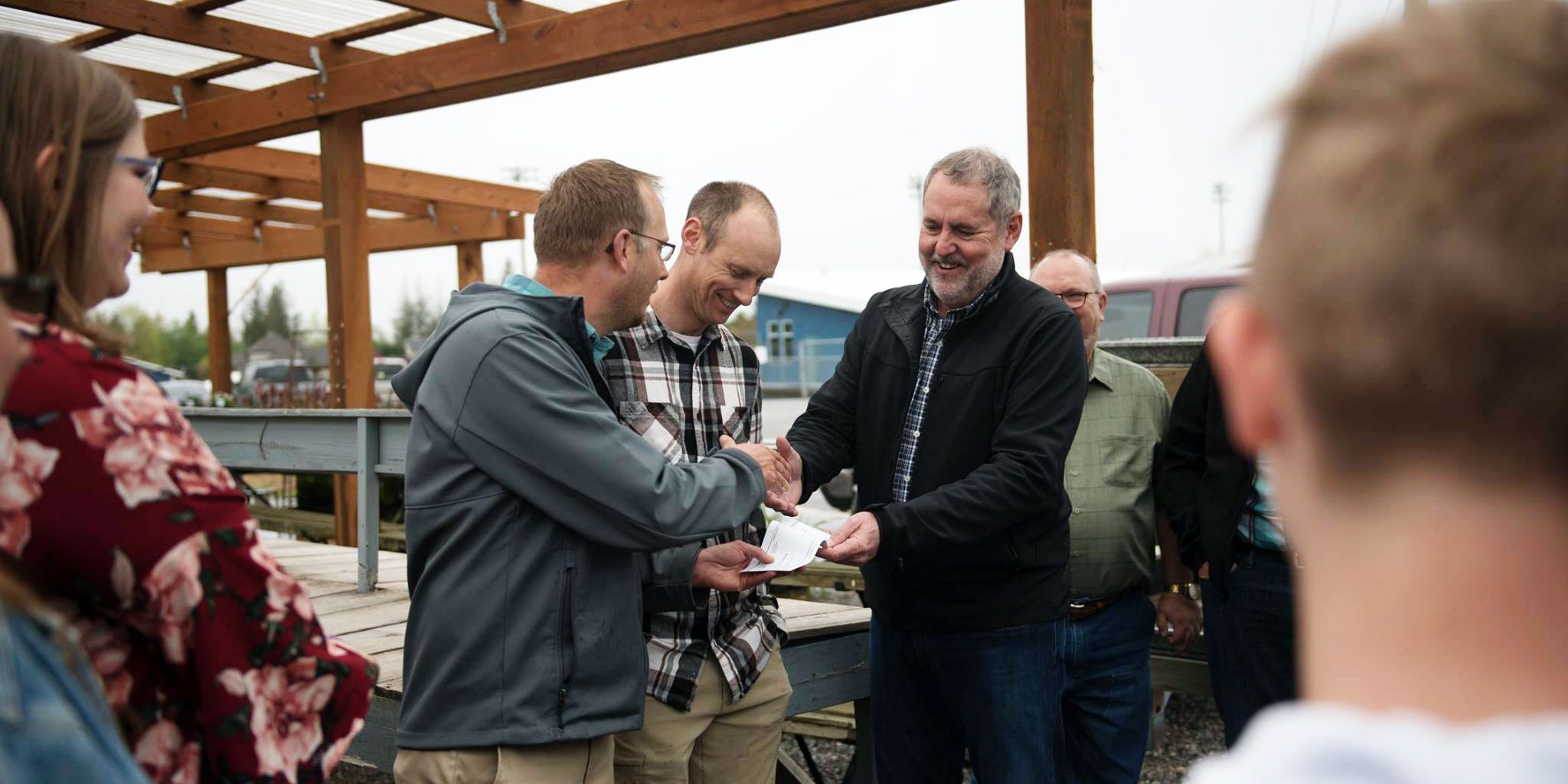 LYNDEN, WA — Horticulture is going strong at the 7th and 8th grade level of Lynden Christian School, and it just got a big boost forward.

Representatives of the agricultural cooperative CHS Northwest came on campus April 18 to announce a combined $10,000 grant award toward building a greenhouse especially serving the middle school. The new structure is envisioned to be built close to two existing ones for high school horticulture classes, with which the middle school program cooperates.

“We dream of adding a greenhouse for our middle school students,” wrote horticulture teacher Dave Tjoelker in his February application letter. “We would use this greenhouse for plant experiments to study soil. We would also use it to start vegetables for the school’s spring plant sale and for our own raised beds at the middle school to be used for our own ‘garden feast’ in June and donate [produce] to the local food banks.” That dream can now start to come true.

At the national level, the application of Tjoelker was good for one of just 14 $5,000 grants issued in the CHS Seeds for Stewardship program. Then the amount was matched at the local level of CHS Northwest.

Derek Gavette, Lynden-based CHS Northwest agronomy manager, said it is great to expose kids already at the middle school level to horticulture in order to get them excited about it and start thinking about it for a career.

Gavette said CHS was impressed with the program that Tjoelker and science teacher Thane Veltkamp run at LCMS, in cooperation with high school horticulture teacher Karen Hoogerhyde, and wanted to “invest in a younger age group.”

As a group from CHS Northwest walked through the existing facilities at Lynden Christian, Ken Rose, retail manager with background in farm and garden operations, said, ”I’ve seen some commercial greenhouses not kept up as well as this.”

Trees have been planted and raised flower beds created around the LCMS grounds — which now need to be maintained and cared for.

Tjoelker says it all really began around 2013 when a group of study hall students (who had their homework finished) built four raised beds using donated lumber. This class also planted six fruit trees on campus with a vision of someday donating to the Lynden food bank.

Offering horticulture as an elective 7th-8th grade class got off to a good start, with 18 students signing up. “We thoroughly enjoyed taking our students outside regularly and having a true ‘hands-on’ horticulture experience,” Tjoelker wrote in his application.

Other activities have been: pruning demonstrations on fruit trees; converting an ugly, unused spot on the elementary campus into a native-plant garden with a gravel walkway; beautifying areas of nearby City Park and the New Way Ministries and Christian Health Care Center courtyards. “Our program has grown to the point where we now offer two classes of horticulture, and this year we have 42 students,” Tjoelker said. In terms of a teaching framework that Lynden Christian uses to carry out its mission, Tjoelker said, the horticulture program teaches students to be “creation enjoyers, beauty makers and servant workers.”